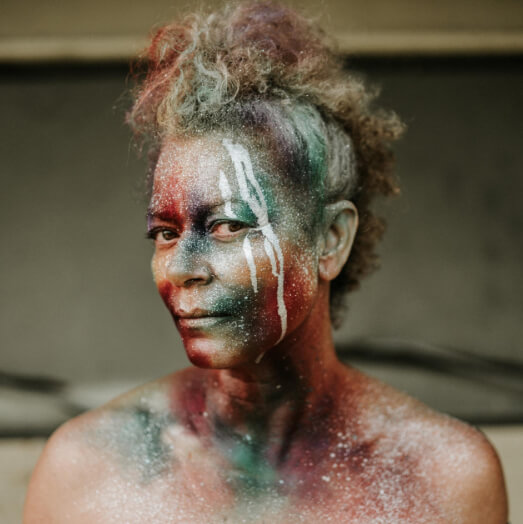 Colorful, attractive, combining the musical traditions of jazz on two continents – this is the singer Rosalia de Souza. She was born in Rio de Janeiro on July 4, 1966. When she was 22, she went to Rome, where she studied jazz singing and jazz history, as well as music theory and Cuban percussion. Almost immediately she connected with other Brazilian musicians in Italy and began to sing in the most famous jazz clubs in Rome – Clarabella, Saint-Louis, Caffè Latino, Caffè Caruso. Important is her meeting with Nicola Conte (DJ and producer), who involved her in the Fez project and in the creation of the Novo Esquema De Bossa album. Years followed, during which invitations to major jazz festivals around the world poured in, and Rosalia de Souza was constantly on the road.

In 2000, she was part of the Brazilian festival at the Barbican Center in London, and a year later she was already on the program of the Montreux Jazz Festival, again together with Nicolas Conte. She also produced her first self-titled album – Garota Moderna (2003), followed by Garota Diferente (2005), which featured many guests, excellent European jazzmen and DJs. A year later, the singer’s next album was released, which is called Brasil Precisa Balançar and was recorded entirely in Rio de Janeiro, with compositions by Tomás di Cunto and the world-famous bossa nova Roberto Menescal (he also produced the entire album and played the guitars in it). It premiered in Rome, but with this album Rosalia presents a new reading of her Brazilian heritage and establishes herself as one of the significant names in this music.

After this success, Rosalia went on tour, which took her to Japan and six nights at the Cotton Club. Another famous club – Blue Note (Milan) is the place of the premiere of her next CD, D’Improviso. Her interpretations of famous songs by famous Brazilian composers earned her an invitation to the International Festival “Concerts under the Stars” in Pescara. Rosalia likes to improvise and enter into various musical interactions – with Austrian DJs, with Neapolitan musicians, in memory of Pino Daniele.

In 2009 comes the return to bossa nova with the Tempo album, with songs for which she wrote the lyrics herself. In 2022, Inspirada came out and Rosalia de Souza went on a world tour, which also includes Bansko. That’s why we too can be fascinated by her voice, by her combining the best of Brazil and Italy, her singing prowess in jazz.