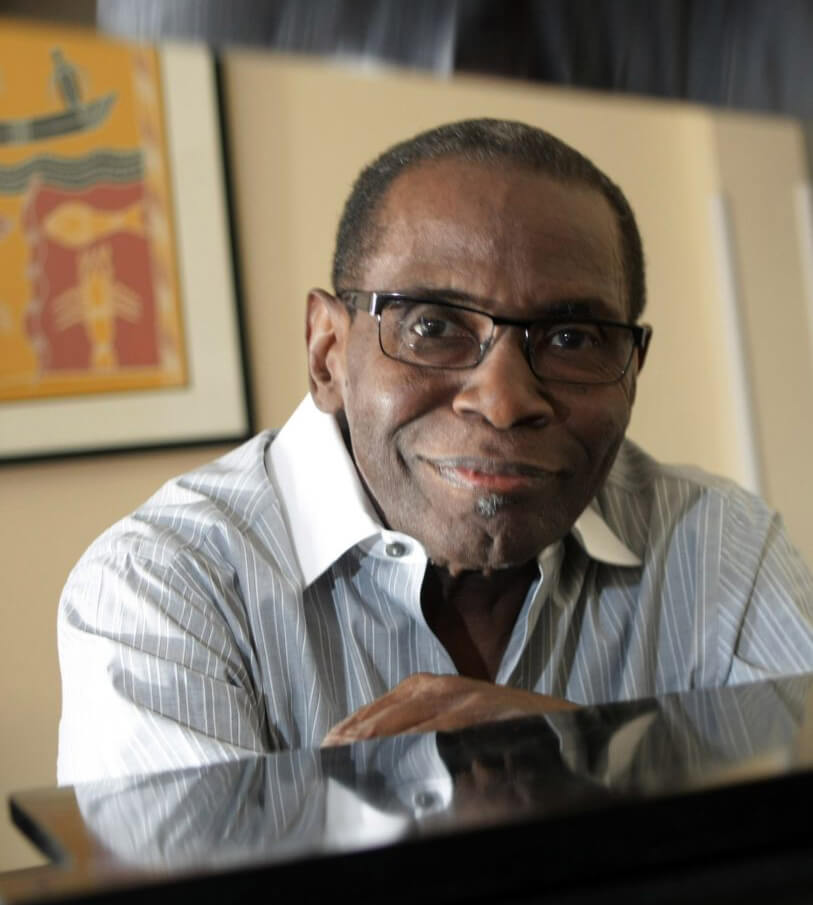 A master of weaving the city and its smells and sounds into jazz, George Cables is a pianist of the highest order.

He was born in New York on November 14, 1944. He has the foundation of a classical pianist when he was accepted into the famous High School of Performing Arts. In his own words, he knew nothing about jazz. But very soon the freedom of expression embedded in this style captivated him and determined his future creative development. He started getting into the music of Herbie Hancock and Chick Corea, but was most influenced by Miles Davis and John Coltrane and what they were doing with their lineups.

„I perceive music in its entirety, I look for the concept, not the technical skills – they are only the means to achieve it“ – says George Cables, who after high school went to study at the famous Mannes College in New York. There was the first band he played in (Jazz Samarians) alongside rising stars such as Billy Cobham, Lenny White and Clint Houston.

The young jazzmen have engagements all over New York, and George Cables gradually attracted attention with his versatile skills on the piano. So he was soon invited to record with Paul Jeffrey and Max Roach and for a time was the pianist for Art Blakey and his Jazz Messengers, until a tour with the great Sonny Rollins took him to the West Coast. George Cables liked the musical life there so much that he decided to stay and became one of the bright figures in the jazz landscape of Los Angeles and San Francisco. He played and recorded with Joe Henderson (Next Album), with Fred Hubbard and Woody Shaw (Blackstone Legacy), Bobby Hutcherson.

He got better and better and became the West Coast’s most sought-after pianist for various projects. Then came several years in the quartet of the legendary Dexter Gordon and his career-changing meeting with the saxophonist Art Pepper, with whose quartet they have numerous recordings and concerts, as well as the famous album of the two called Goin’ Home. It was Art Pepper who gave George Cables the nickname “Mr. Beautiful”. In the 90s, George Cable recorded two albums with Freddie Hubbard, and then joined the Bebop&Beyond project.

We can safely say that he has worked with some of the greatest in jazz, adding the names of Joe Henderson, Sarah Vaughan and Dizzy Gillespie. George Cables continues to perform on festival and club stages – both solo and with various formations (from trio to big band) and continues to amaze with his fresh look at the classics and his innovative style when creating his own compositions. He continues to weave into them his encounters with various people and influences, as well as the streets of New York.