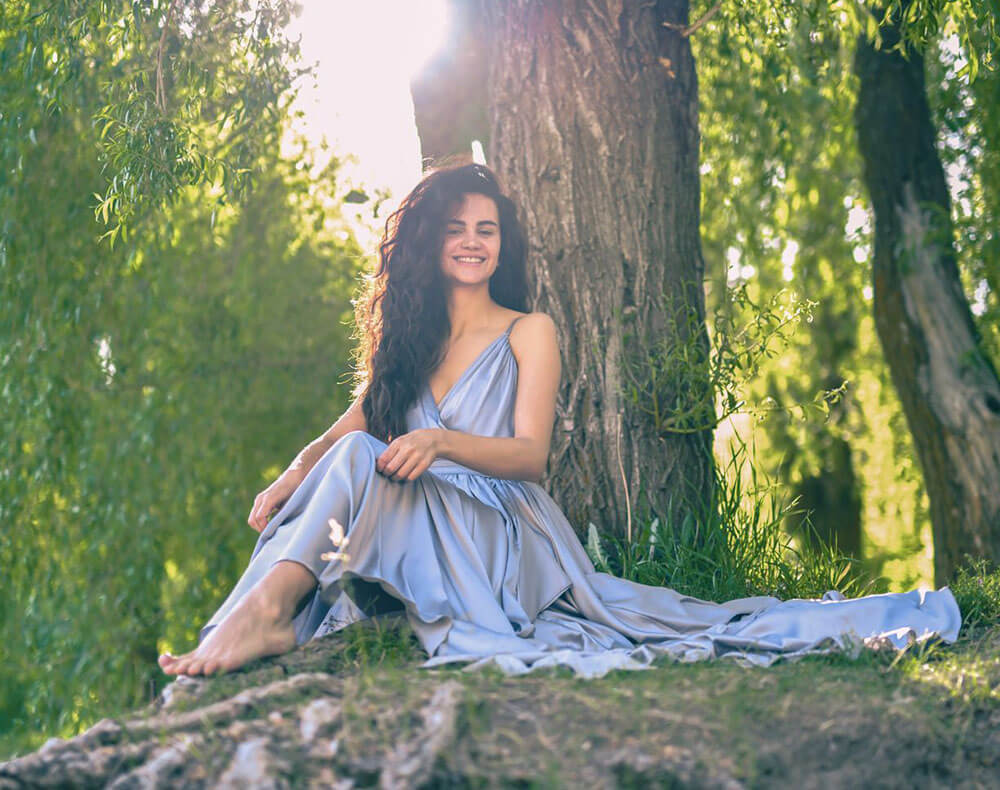 Arpi Alto was born in Yerevan, where she received her musical education. In the home of Arpin Mikaeli Ter-Petrosyan (as is her full name), art is everywhere – the mother is a composer and teacher, the father is a sculptor and a specialist in the famous Armenian handwoven carpets. The music she grew up with ranged from traditional Armenian to jazz and classical. Arpi herself is a singer, pianist, composer and music producer (her music company Ginosi Records has offices in Yerevan and Los Angeles). She is distinguished by the astonishing range of her voice, which covers the entire territory from contralto to soprano. Her timbre is beautiful and enchanting, the ease with which she sings and plays music is amazing. It is not by chance that she gained enormous popularity, releasing her own versions of famous songs on the Internet, which was helped by her visual resemblance to Julia Roberts.

While still a student, she joined the Geghard Ensemble, with which she toured Europe (Germany, Austria, Finland, France, Czech Republic, Poland, Italy, Belgium). In 2013, she joined the National Armenian Opera.

He makes elegant and memorable covers of songs – from Charles Aznavour (as one of the musical symbols of Armenia), through John Lennon, Joe Cocker, Sting, Edith Piaf to the emblematic Brazilian bossa nova ‘Girl from Ipanema” and Mas Que Nada by Sergio Mendes. They form the basis of her Tribute album, which tells the story of the music that has moved her over the years, as well as Nostalgia a Cover Story. Arpi Alto shows how creating your own versions can become an art of the highest order.

Lyubo Denev is one of the significant Bulgarian names – both as a pianist and as a composer in Bulgarian jazz. He was born in Vidin, a graduate of the Music School in Sofia (with percussion instruments as his main specialty, but at the same time he began to develop as a pianist), after which he graduated from the National Academy of Music (symphonic conducting under Konstantin Iliev, while simultaneously studying composition under Tsvetan Tsvetanov and Parashkev Hadjiev). Even as a student, he created his first jazz trio, started making arrangements for a number of singers, and his first creative interactions with Kamelia Todorova and Yildiz Ibrahimova date from that time.

His career as a jazz pianist has taken him to a number of prestigious festivals and forums in Germany, France, Portugal, Norway, the USA, the Czech Republic, Hungary, Poland… He composes music in various genres, which finds its audience not only in our country, but also in Mexico, India, Canada, USA, Japan and many countries in Europe. He is the author of 4 musicals, among which is the first Bulgarian rock musical (“Tomorrow at 10”). In 2021 he wrote the jazz opera “Dinner in Manhattan”. In recent years, he worked a lot with the singer Vesela Morova, who recorded an album with his author’s music under the title “Night in the Jazz Club”.
He has numerous awards, including ASKEER (2001) for the musical Yesterday, Crystal Lyre in the jazz category (2006), Golden Chest (2006) for the music to the film “Sparrows in October”. In 2020, the Ministry of Culture honored him with the GOLDEN AGE Star for his significant contribution to the development and consolidation of Bulgarian culture.