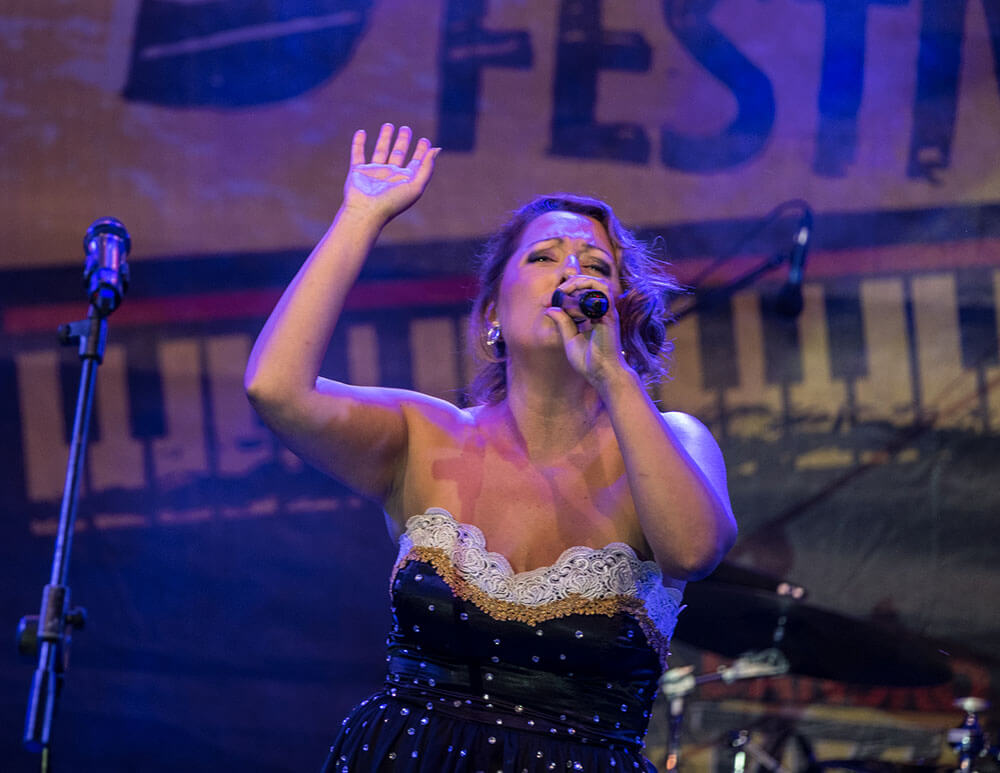 Angel Zaberski – „In recent years, my attitude towards music has changed, I started to feel and work differently. Whether I’m composing or arranging, it’s very important to me to be extremely honest in what I’m doing, to clear all preconceptions and to be as conscientious as possible about my work. Otherwise, I would be doomed to musical failure.

I am grateful to my colleagues for appreciating and respecting what I write and create for Big Band. I believe that our musical path is the right one, which is different from everything that I see, hear and feel around me lately. My love for the Big Band was further strengthened by the fact that I got to know the orchestra – its sound, its performance, styles, the way of writing for such a formation. In addition, I have the privilege of working with the best artists in Bulgaria and the privilege of knowing who I write for.

Music on a global scale is totally changing and developing at a very fast pace. That is why it is very difficult, sitting behind the piano, to create works for such an orchestra, which sounds different from everything that surrounds us today. I have learned arrangement, orchestration, musical form, sonority from the greatest in the field, but I also bring my own signature. I have written many pieces over the years for Big Band, but I think that the ones I have selected for the Bansko Jazz Festival this year are the most deserving and the most impressive. An eclectic range of genres – swing, fusion, folk, be-bop, mainstream… I put my name behind every note created by me, performed by these top musicians and I wish everyone a pleasant listening!“
Angel Zaberski is a hereditary musician, a graduate of the National Music School in Sofia (piano major), then he graduated from the Jazz Department of the Music Academy (composition and conducting) and did his doctorate at the NBU, where he still teaches improvisation. Not only a pianist, but also a composer, conductor and master of arrangements (he was also an arranger for the BNR Big Band). He was awarded the Crystal Lyre in the Jazz category in 2002. His first formation was a trio, then an octet, and finally the Big Band. He has a long-standing collaboration with Vasil Petrov, as well as with many of the best Bulgarian jazzmen such as Mihail Yosifov, Martin Tashev, Stoyan Yankulov, Boris Taslev… Angel Zaberski has released eight albums (two of them for big band). Another landmark project with his participation is “Four Pianos”, as well as For Ella, which met him on stage with the great Patti Austin.

A singer and actress who handles her voice magnificently, equally good in both roles, Militsa Gladnishka adores jazz and musical experiments and interweaves. She rushes into project after project and everything works out for her (as if) easily. Real Eufury (like one of the projects in which she sings is called, not accidentally).

She was born in Sofia. Her mother is a trumpet player (the first woman player in Bulgaria), her sister is a violist in the orchestra in Graz. The adventurous “note” comes from the great-grandfather – an explorer of Africa. Militsa Gladnishka graduated from NATFIZ “Krastyu Sarafov” with a major in “Acting Mastery for Puppet Theater”, while at the same time studying opera singing with Reni Penkova. She continued to improve as a singer (already in the jazz direction) – jazz singing courses in London, master class with Milcho Leviev. She worked simultaneously as a theater actress, participated in a number of television series; in the dubbing of animated and feature films and series (she is the voice of Carrie Bradshaw), she has been invited to popular television formats (“Like Two Drops of Water”) and to many different musical projects. She was part of the Bulgara group, has a long-term collaboration with trumpeter Mihail Yosifov and pianist Vasil Spasov, with whom she often “turns opera into jazz”. In 2020 she had a whole evening (together with Misho Yosifov’s sextet) at the A to Jazz festival, in 2021 she was part of the Bansko Jazz Fest program.

Some of her latest projects are “Night Stories” and “Jukebox or Who Orders the Music”. She released new songs – Return (2021) and Iskash (2022).

Militsa Gladnishka also has a nomination for Askeer for theater music, as well as for Icarus in the Golden Voice category.