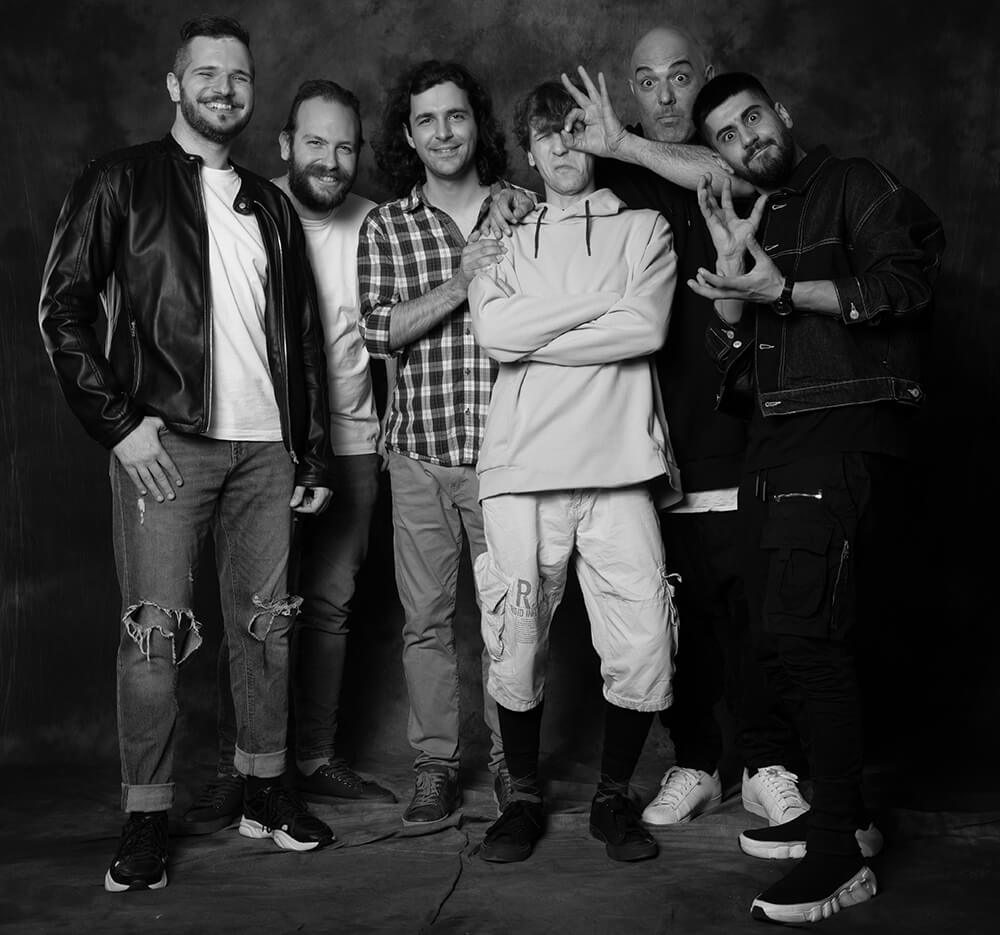 In Bansko comes the newest addition to the big brass family – The essential FUNK trombone. Created between several lockdowns, the name of the group also includes the musical concept followed by the musicians gathered by the tireless and multi-talented Vili Stoyanov.

“ESSENTIAL” means basic, of essence, and so in the music they create, they look at the basics of funk music and transform it through different prisms, in combination with other musical styles. Strong individualists, with different creative pursuits, the band members are united by their love of classic funk, with its open improvisational form, and show us what it should sound like – syncopated rhythms, thick bass, razor-sharp guitar, rhythm with a slightly oriental flavor and a bright (at times slightly cheeky) trombone, and for a little more style – a gentle saxophone.
The essential FUNK trombone quickly managed to conquer the native festival scenes (A to Jazz festival, KAPANA fest, WRONG fest and NEW MUSIC NOW), impress and charm millions of Chinese funk lovers within the framework of the 13th Beijing International Youth Arts Festival and at the Ninth Qintai Music Festival, and also accumulated a serious amount of original repertoire. At the beginning of 2021, the group presented their debut album of the same name, T.E.F.T., and a year later, the second – MAKE IT RIGHT, DO IT NICE, appeared, in which they took the next step, with an eclectic mix of punk, funk, rock, metal, jazz and disco.

Unlike the first album, where compositions by Veselin Veselinov – Eko, Angel Zaberski, Mihail Yosifov and Milen Kukosharov found a place, in – MAKE IT RIGHT, DO IT NICE (which will mainly be heard at the festival in Bansko) there are only pieces created by the members of the group. And they themselves increasingly unite around the music that connects them – they challenge and stimulate each other, uniting all the colors of the individualities they carry.

Vili Stoyanov shares – “The essential FUNK trombone is an idea that has been floating around in my head for a very long time. It appears, disappears, then reminds me of itself again, however, commitments did not allow me to pay it the necessary attention, and so it got away for a long time, but it was clearly not the time. Then we got the first lockdown and things fell into place… At the first meeting we already had several author’s pieces, at each subsequent one one of us appeared with something new and almost finished. There was a general creative energy and spirit that I haven’t felt in a hell of a long time“.